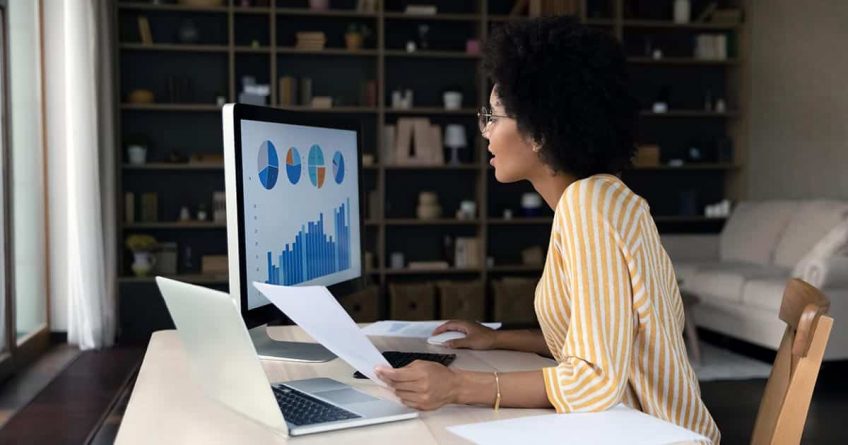 Due to perceptions of psychology as a social science or people-centered discipline, there’s some belief that psychology may not truly be a STEM major. So, is psychology a STEM major? In short, yes it is.

Psychology is a science where the object of study is the mind and human behavior. In a psychology degree, students examine scientific theories, learn research methods and do statistical analysis.

Psychology graduates may go on to become researchers who use scientific methods to analyse behavioral data, uncover insights and test hypotheses. In clinical practice, a psychologist’s job is to apply evidence-based techniques to evaluate and treat problems.

Science knowledge and skills are essential when you’re a psychology major, and afterwards if you pursue a psychology career. Let’s look further at why psychology qualifies as a STEM field.

What Is a STEM Discipline?

People interested in starting a career in psychology sometimes wonder if they’re entering a STEM field. STEM careers are associated with human progress and innovation, making them attractive for people wanting an impactful career that benefits society.

STEM disciplines are academic and career fields centered on science, technology, engineering and mathematics. They include theoretical degrees that study our world as well as applied fields that use science to improve everyday life.

An estimated 28 percent of bachelor degree students are STEM majors, which includes those majoring in psychology. Combining analyses of university course classifications and enrolment statistics for Australia, we found that 28% of bachelor students study a discipline found among university lists of science, technology, engineering and mathematics degrees.

Further Reading: List of 117 STEM Majors Based on University Classifications

There’s no settled list of majors that fall within the STEM category. While certain degrees like applied mathematics and astrophysics have no problem being classified as STEM disciplines, others like psychology may be less clear-cut.

All STEM fields have a strong mathematical element and this is certainly true of psychology as well. Psychology counts as a STEM degree if you consider it part of the biology field, which is one of the natural sciences. The natural sciences are made up of biological science (dealing with living things) and physical sciences (astronomy, chemistry, geology and physics).

Universities and colleges routinely offer Psychology as a major within a Bachelor of Science degree. But you can also study psychology within other programs.

A dedicated degree in Psychology (i.e. a Bachelor of Psychology) may be available through college faculties or departments specializing in Science, Liberal Arts, Biomedicine or Health. Many liberal arts degree students in Australia major in psychology. Some biomedicine degree students do as well. Psychology is even offered as a major within business degrees, such as a Bachelor of Human Resource Management (Psychology).

This is where confusion of what type of degree a psychology major actually is may come from. The major is routinely offered by different faculties or departments – often within the same university or college.

There are different ways to look at psychology and integrate it into your college program beyond just the science angle. So, while psychology may be a STEM subject, it’s possible to specialize in psychology with a degree that is light in terms of STEM content.

One way that universities deal with the classification of psychology is to use the term psychological science. Students who graduate with a Bachelor of Psychological Science must clearly believe they graduated with a STEM education.

Why Psychology Is Not a Social Science

Social science [is] any branch of academic study or science that deals with human behaviour in its social and cultural aspects. Usually included within the social sciences are cultural (or social) anthropology, sociology, psychology, political science, and economics.

No doubt there is an important role for psychology in the broad social science field. But psychology is more fundamental. When you study the human mind using the scientific method, you’re interested in more than just humans as social beings. Our brain involves perceptions, reactions to stimuli, and processes that may have nothing to do with social interaction at all.

The scientific method is the process of objectively establishing facts through testing and experimentation. The basic process involves making an observation, forming a hypothesis, making a prediction, conducting an experiment and finally analyzing the results.

In the International Journal of the Humanities in 2010, Yılmaz Özakpınar concluded that psychology “belongs to the realm of biological sciences because behavior is a means of adaptation of an individual to the physical and social environment.” (ResearchGate)

What Does Psychology Involve?

The American Psychological Association (APA) defines psychology as the study of the mind and behavior. It is a scientific discipline focused on analyzing and understanding mental processes and their links with how a human being acts.

Because psychology dwells on the human mind and its connections with behavior, academics regard it as a “hub science.” Other fields in science, technology and engineering employ psychological principles and research in their human-focused work. Clinical psychology is considered to be one of the health sciences.

Psychology is often considered a soft science compared to hard sciences like mathematics and physics. That’s because psychology’s main focus, the human mind, is highly complex and hard to observe. While you can physically define an equation or chemical compound, mental states and processes have no physical substance.

Psychology is more about observing people to understand their actions and less about the lab work common in other sciences. Experimental psychology is difficult because human behavior has many hidden influences. This fosters perceptions about psychology as a social science. So, it’s worth asking whether psychology is a proper STEM discipline.

Why Psychology Is a STEM Major

People tend to view psychology practice as a counseling session where a psychologist may be helping a client deal with mental health issues. Because the discipline uses visual observation and self-reporting more than lab work, they think it doesn’t employ the scientific method. But this conclusion is often inaccurate. Here’s why.

A clinical psychologist typically diagnoses and treats patients, while a neuropsychologist or cognitive psychologist may conduct scientific research and publish findings.

Psychology offers qualifications with varying levels of technical complexity. Students doing an associate’s degree in psychology or other undergraduate qualifications may do limited science work. However, postgraduate psychology degrees are specialised and involve intensive scientific work.

Although course content may vary, associate’s and bachelor’s degrees primarily teach psychology theory, research methods, and other fundamentals of the discipline. Students learn about the concepts underpinning human behavior and their roots in mental processes.

Advanced psychology qualifications like an MPsych, PhD or a PsyD provide the specialised training required for specific psychology careers. Depending on your chosen field, postgraduate psychology will include instruction on diagnostic and intervention strategies, psychopathology, neuroscience, genetics, and statistical modeling.

Professionals looking to solve big problems may complete a PhD in a theoretical field. Those interested in treating patients will obtain a PsyD and apply for a professional license before starting their clinical practice.

Being a basic science, psychology practitioners use scientific tools and methodologies such as electromyography, fMRI, robotics, and behavioral analysis to achieve theoretical and empirical advances.

Practical work in the field requires familiarity with core science, mathematical, and technological concepts. For instance, you may use statistics, computer simulations, and predictive models to examine complex cognitive phenomena.

Psychologists also typically require a good knowledge of biology, including genetics and evolution, which they employ in their daily work.

Due to research in the field, we know more today about the mental processes behind learning, memory, decision-making, and emotion. And these insights have helped foster significant advances in other STEM fields, including mathematics, computer science, mechanical engineering, and aeronautics.

For example, psychological insights helped create the computer mouse and redesign the toothbrush. Psychological research into traffic patterns and how people drive led to the introduction of high-mounted brake lights in vehicles. Many other aspects of modern life, such as airplane cockpit displays, TV advertisements, and educational curricula, are shaped by the scientific insights psychologists produce.

Ultimately, there can be no doubt that psychology is a STEM subject as it’s a core science discipline that uses scientific methods to help advance humanity. Major academic and regulatory bodies also recognise psychology’s STEM status. A taskforce of the American Psychological Association pushed in 2009 for psychology to be included as a core STEM discipline (or “STEMP” if the recommendation were embraced).

The National Science Foundation treats the career as a STEM discipline and actively awards grants to researchers conducting studies in psychology. Additionally, regulatory agencies such as NASA and the Department of Homeland Security classify psychology among STEM careers.

Why Do Some Believe Psychology Is Not a STEM Field?

Despite the clear evidence in favor of psychology as a STEM subject, there’s a tendency to view the major as primarily a social science. One reason for this is the common misperception that psychology does not use scientific techniques.

For instance, a 2009 survey found that, while 80% of people felt that a solid grounding in scientific methods was critical for engineers and physicians, just 60% felt the same about psychology. Further, when asked how they believed psychologists study human behavior, 52% said it was only “by talking” to people and “asking them” about their actions.

But this is untrue in psychology. Experts in the field conduct experiments and carry out scientific research through which they identify the bases of behavior. Ivan Pavlov’s famous experiment on conditioning is a popular example of psychology research.

Unlike social sciences, which typically study abstract concepts or aspects of society, psychology’s primary focus is the human mind. The mind is explored by analyzing behavior and mental processes. Being able to do scientific studies makes a strong argument for psychology to be considered a STEM major.

It’s Important to Know that Psychology Is a STEM Major

For school students transitioning to university or college, understanding that psychology is a STEM subject will help you make the right course choice.

If you want to do well in this field and go on to have a great career, you’ll need the traditional STEM attributes such as analytical thinking, problem solving aptitude, and the ability to work independently. Being a people-person who is interested in others is not enough and may actually be a weak success indicator.

Too many students study psychology because they see it as interesting and could imagine themselves in counseling or other roles where they help people. Other degrees may be more suitable if this is the aim, such as in healthcare or social work. To become an actual psychologist, such as registered psychologist or clinical psychologist, you’ll need to complete advanced scientific training to a master’s level at least.

Competition With Other STEM Fields for Talent

Degrees and occupations in science, technology, engineering and mathematics have grown significantly within the past century. Due to studies that strongly link STEM competence with human advancement and prosperity, many countries regard these disciplines highly. For instance, national research and education agencies like the National Science Foundation maintain programs encouraging scholarly achievements in STEM fields.

STEM careers are in-demand amongst students looking to do life-changing work. For instance, degree programs in physics, computer science, information technology, mechanical engineering, and statistics receive thousands of applications yearly in the US.

Jobs in these disciplines also enjoy excellent prospects and routinely number among high-paying occupations. According to the Bureau of Labor Statistics, STEM jobs will grow by 8% by 2029. Likewise, STEM occupations dominate the National Association of Colleges and Employers list of top-paid professions.

If you’re interested in STEM programs, know that psychology is one of the options to consider. Studying psychology means you will be using research, logic, mathematical skills and critical thinking to understand the human mind and potentially advance our knowledge frontiers.